Cinco Municipal Utility District No. 6 (the “District”) is a political subdivision of the State of Texas, created by legislation passed by the 69th regular session of the Texas State Legislature on May 24, 1985, and operates pursuant to Chapters 49 and 54 of the Texas Water Code, as amended. The District consists of approximately 379 acres of land.

The District is located approximately 25 miles west of the central downtown business district of the City of Houston, Texas. Approximately 209 acres of the District lie within Fort Bend County and approximately 170 acres of the District lie within Harris County. The District lies wholly within the exclusive extraterritorial jurisdiction of the City of Houston and within the boundaries of Katy Independent School District. Access to the District is provided by Interstate Highway 10 west to Fry Road, Mason Road, Peek Road and from the Westpark Tollway, each of which is a major thoroughfare into the Cinco Ranch development. Access is also provided via Interstate Highway 10 west to the Grand Parkway. 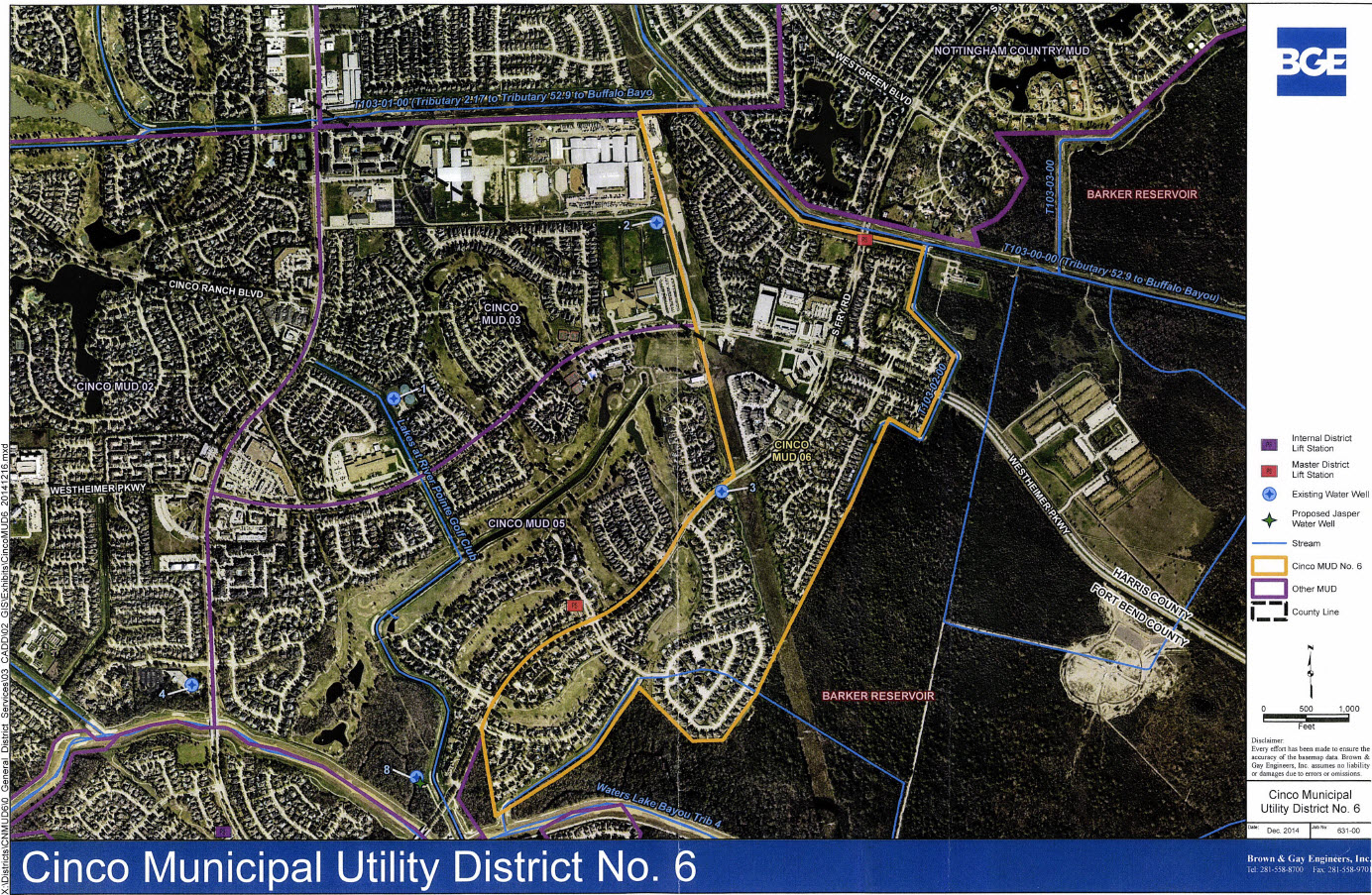 The Board meets the third Thursday of each month at at the offices of Allen Boone Humphries Robinson LLP, 3200 Southwest Freeway, Houston, Texas. Meetings generally begin at 11:30 a.m. and are open to the public. The Board welcomes and encourages District residents to attend.